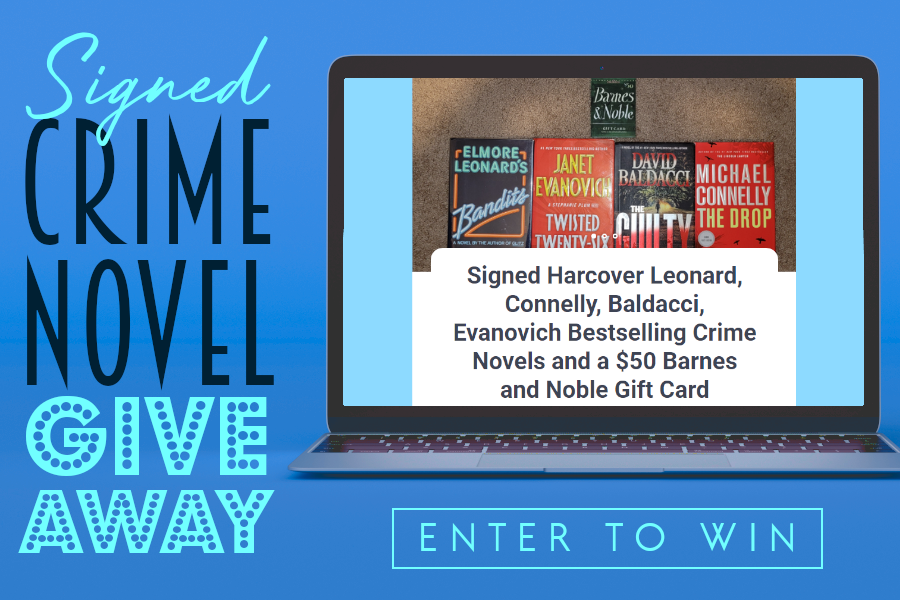 A signed copy of A Therapeutic Death by J.B. Stevens.
This is a fast-paced collection of short crime stories.

Signed copies of Blind Edge and The Garbage Man by Candace Irving. Blind Edge is a thrilling military detective novel featuring Regan Chase, the Army’s premier undercover operative. The Garbage Man is about small town cop, and former Army detective, Kate Holland. As Kate tries to solve a murder, she realizes she may be losing her grip on reality, and the killer may be closer than she could possibly imagine.

An un-purchasable advanced readers copy of Lavender House by Lev AC Rosen. This story, set in 1952, is about a recently outed and disgraced gay detective brought to a house with a found family of queer people to solve a suspected murder.

All contest entries agree to be added to the “offered by”
named author’s email list and readers club. Unsubscribe at any time.

If you have any questions,
email the giveaway administrator: jb@jb-stevens.com.